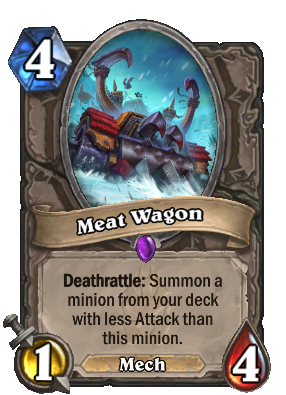 Deathrattle: Summon a
minion from your deck
with less Attack than
this minion.

Necromancers call it "Meals on Wheels."