After a short break from them, there's a new Mystery for a card back, Mysteries of Castle Nathria! Come join us to see what this puzzle is and how to solve it and get the Deviate Delight Card Back! 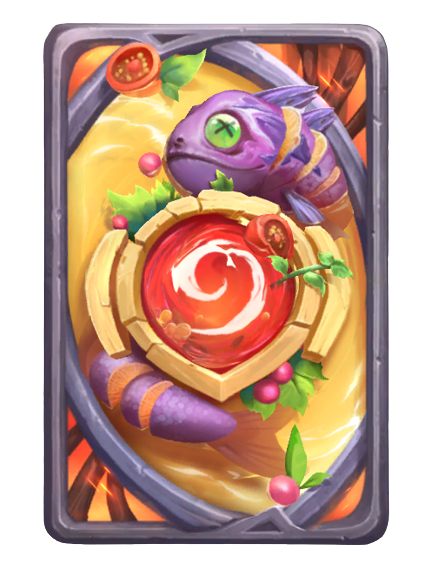 The People Who Are Solving it.

First of all, none of this would have been possible without the awesome community at the WoW Secret Finding discord. They put their resources together, and discussed plans to solve all this.

You can join their community and help out with this secret and many others, right here: discord.gg/wowsecrets or find them on their twitter account, over here: https://twitter.com/secretfinding

When the servers came up with Patch 24.4 a new achievement was found that asked to "Solve the Mysteries hidden throughout the Castle Nathria". It did not take long for the Secret Finding community to spring into action. They had already been monitoring things that sounded curious or mysterious throughout and they very quickly homed in on certain cards in the Murder at Castle Nathria expansion and checked them for clues.

The unfortunate bit is that what should have been a community effort in trying to figure out which cards to use for the deck, was circumvented by some unkown person or group of people who hacked or cheated their way past this step, giving us the correct and full deck mere hours after the Puzzle had gone live.

After that there was only the individual puzzle left, which did not take the Secret Finding Community long, since it's a fairly straightforward puzzle, where you simply have to match the correct Suspect with the correct Location. And no, this is not as simple as matching the class matchups together!

First you need to create this deck in game. Don't worry about the Legendaries and other costly cards, because many of these cards are from the Core Set, the free set of cards that everyone gets. The Castle Nathria additions are 2 rares and 16 common cards, which shouldn't be costly to acquire if you do not already own them.

There is currently a bug where the puzzle will only work when trying it from the English language client. This should be solved soon, but in the mean time you may have to set your Language to English to do this. With the above deck you need to then go to Wild Ranked and queue for a game. Don't worry, you won't have to actually play anybody! If done correctly the game should automatically take you to the puzzle instead. 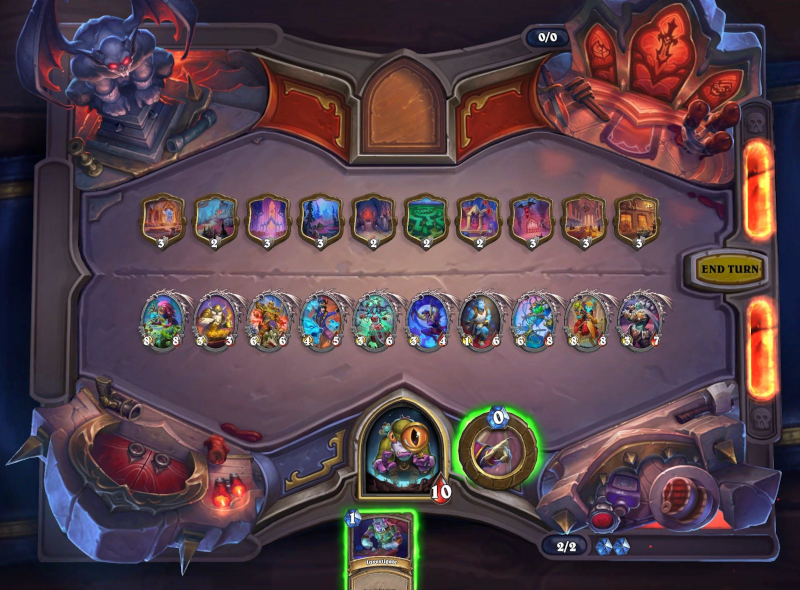 The goal of this puzzle is to match the correct Suspect with the correct Location, by reading the clues on the cards and making them match up on the board. Match all 10 correctly and you win! Every Suspect and every Location on the board will show 1 clue already exposed on them, and you can expose more clues by using the spell in your hand. Be aware that multiple Suspects can have the same clues and clues may not all be represented at the start. This is part of the fun!

You can also use your hero power on a minion to check if it is in the correct spot. There will be a star animation if it is correct.

The situation will go from having mismatched clues to getting a more and more solid idea of which cards are best matched up, by using your Investigate card on Suspects and Locations, as well as your Hero Power. When you are out of Mana, end the turn and see your results.

The way this works is that for every correct match up on the board, 1 red fireworks will go off. Count them and you will know somewhat what your progress is. Then you can use your Investigate card and Hero Power again to get more clues and make changes to your board. 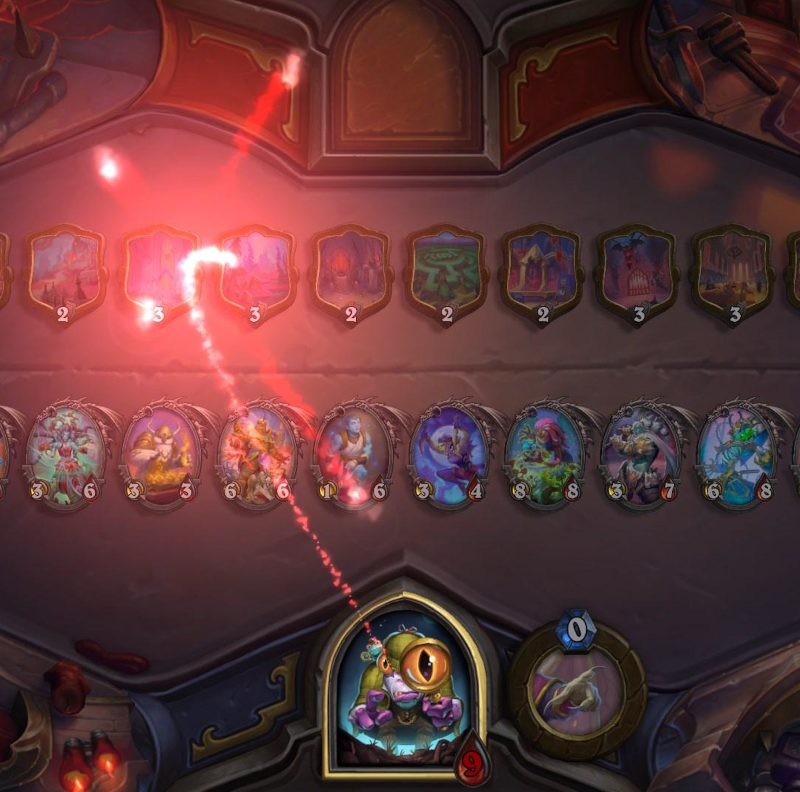 From here on out it is a question of trial and error, probably best done with some notes you keep somewhere about what your guesses were, and which match ups you suspect are correct and not. You start with 10 health, and lose 1 health every time you check your progress, but only after all fireworks have gone off and you did not end up winning. So make sure your logic is on point or you will run out of health and fail!

To make things easier we have a list here of which clues match up on the Locations and Suspects.

If you have done things correctly and finished the Mysterie, all that's left is to claim the prize. Go to your Achievement section and find the achievement in the recently completed section and click it. You will then get the pop up with the card back and some hard earned Reward track xp. 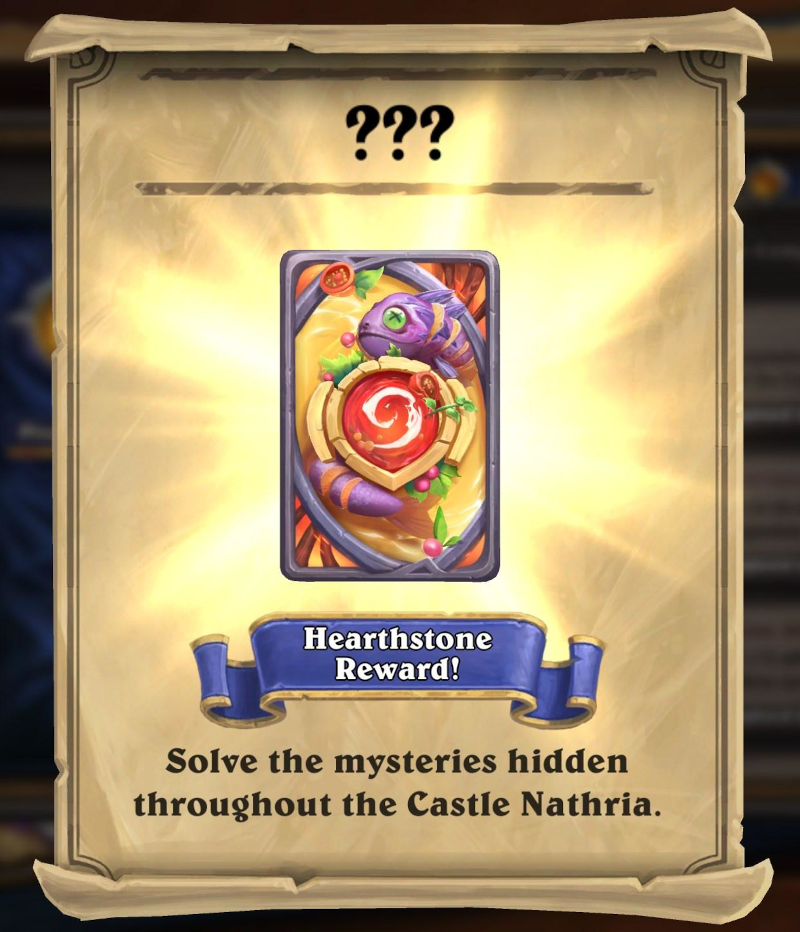 Thanks to Celestalon and the Hearthstone team for making the Puzzles and the Secretfinding community on Discord for helping to find the solutions to all this. We hope you have enjoyed this solution and will see you next time there is a cool Mysterie!