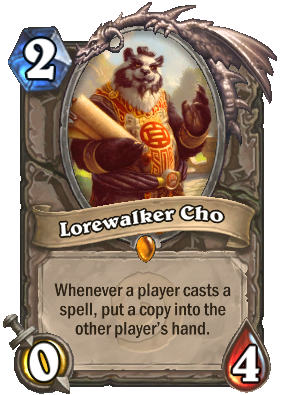 Whenever a player casts a spell, put a copy into the other player’s hand.

Lorewalker Cho archives and shares tales from the land of Pandaria, but his favorite story is the one where Joey and Phoebe go on a road trip.