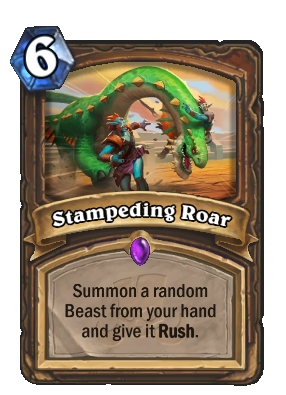 Summon a random Beast from your hand and give it Rush.

[x]The Gurubashi Arena has an extremely permissive policy on pets in the workplace.