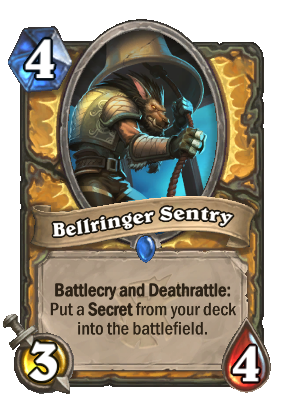 Battlecry and Deathrattle: Put a Secret from your deck into the battlefield.