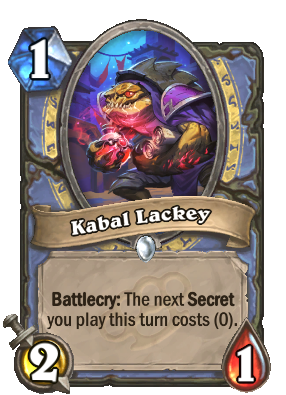 Battlecry: The next Secret
you play this turn costs (0).

I'll tell you one thing he doesn't lack: GUMPTION.