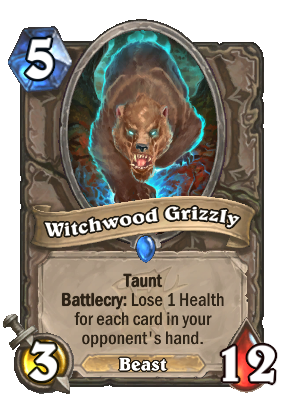 Taunt
Battlecry: Lose 1 Health
for each card in your
opponent's hand.

You know what they say about people with big hands? Small bears.