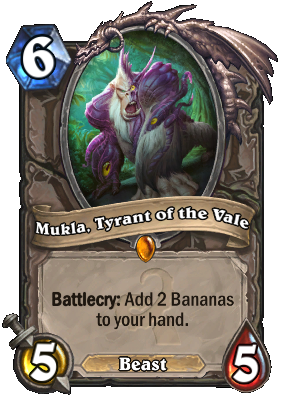 Battlecry: Add 2 Bananas to your hand.

Pro tip: DO NOT BOGART THE BANANAS.