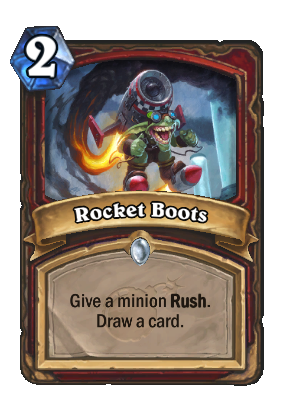 Give a minion Rush. Draw a card.

This is the happiest moment of Grik's life. We'll miss him.