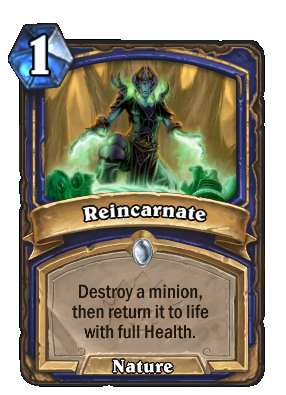 Destroy a minion, then return it to life with full Health.

It's like birth, except you're an adult and you were just dead a second ago.