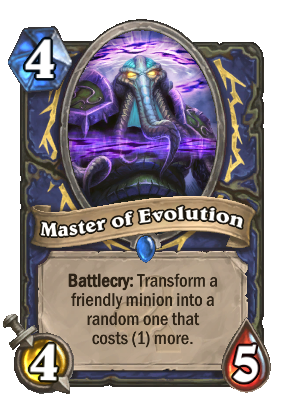 Learn more about Whispers of the Old Gods!

Battlecry: Transform a friendly minion into a random one that costs (1) more.

Will be really useful in the new "Hearthémon" game.