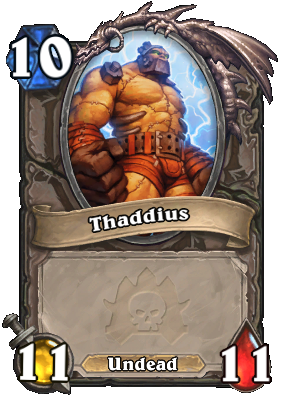 Stalagg was added in the Curse of Naxxramas Adventure. He is available from Wing 4 - The Construct Quarter which opened on August 12th, 2014, and is obtained after defeating the adventure boss Thaddius.