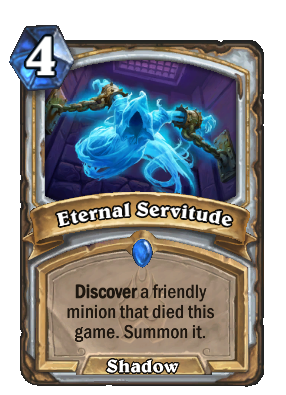 Discover a friendly minion that died this game. Summon it.

What do you mean I don't get overtime pay for this?!