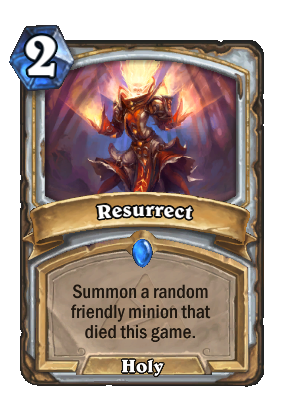 Summon a random friendly minion that died this game.

I walked into the dungeon and noticed a slain adventurer. In his final moments, he had scrawled out a message in the dust on the wall beside him. Two words: "rez plz"