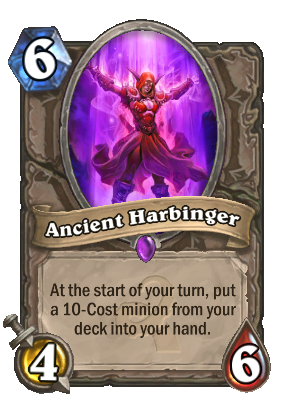 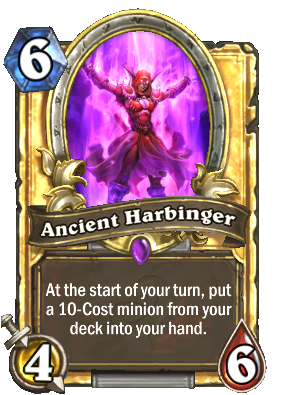 At the start of your turn, put a 10-Cost minion from your deck into your hand.

"honey, can u run down to the store and pick up some 10 cost minions? thx"