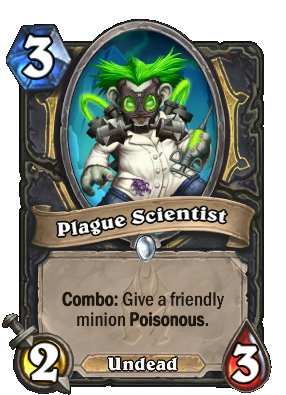 Combo: Give a friendly minion Poisonous.

The excruciating pain means it's working!