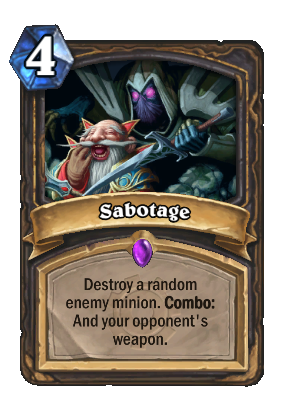 Destroy a random enemy minion. Combo: And your opponent's weapon.

Rogues can't stand it. They know you planned it! They are going to set you straight!