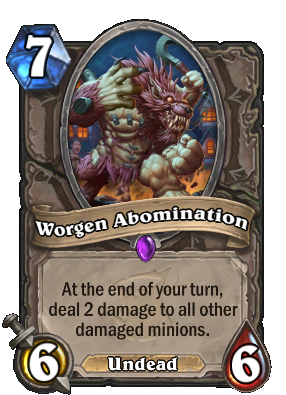 At the end of your turn, deal 2 damage to all other damaged minions.

Does anyone want to play dead!?