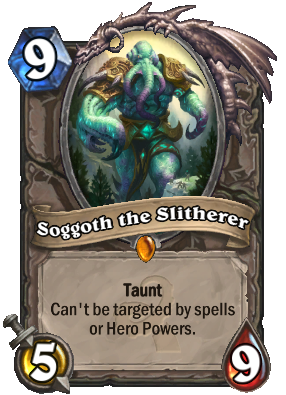 Taunt
Can't be targeted by spells or Hero Powers.

Don't tell Soggoth, but in the future he gets totally owned by the Master's Glaive and his skull becomes a tourist attraction.