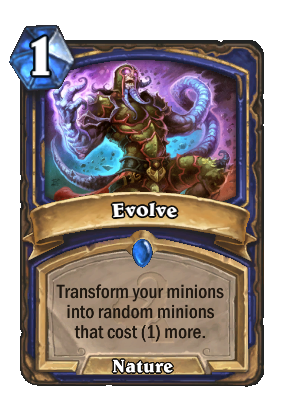 Join the discussion on our forums! Come discuss Evolve over in our dedicated Evolve discussion topic.

Transform your minions into random minions that cost (1) more.

So you say you want an evolution. Well, you know. We all want to change the board.