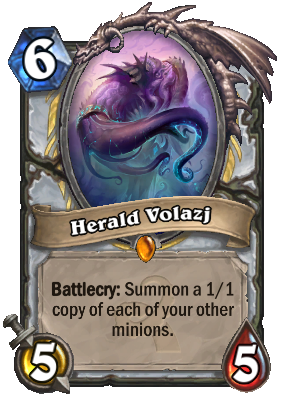 Battlecry: Summon a 1/1 copy of each of your other minions.