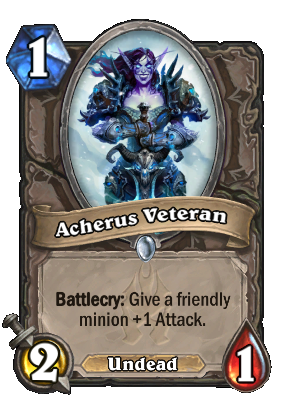 Battlecry: Give a friendly minion +1 Attack.

This is my Runeblade. There are many like it but this one is mine.