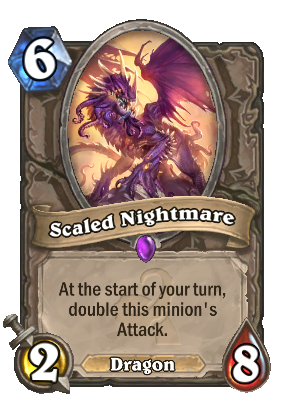 At the start of your turn, double this minion's Attack.