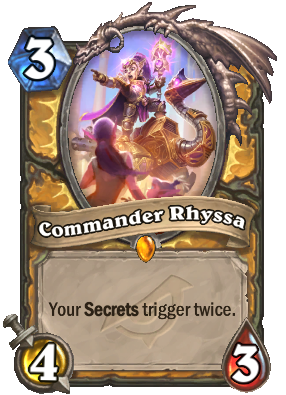 Two people can keep a secret as long as neither of them are Commander Rhyssa.