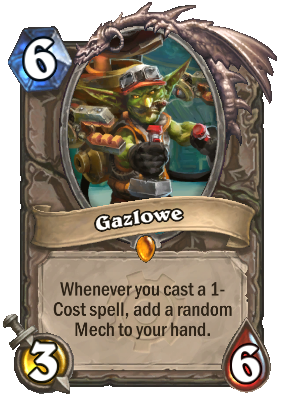 Whenever you cast a 1-Cost spell, add a random Mech to your hand.

Gazlowe was voted "Most Likely to Explode" in high school.