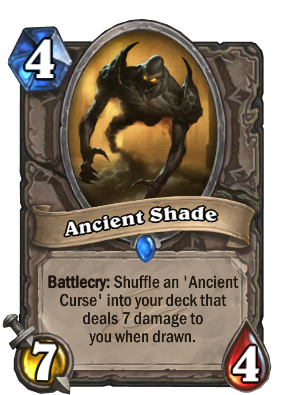 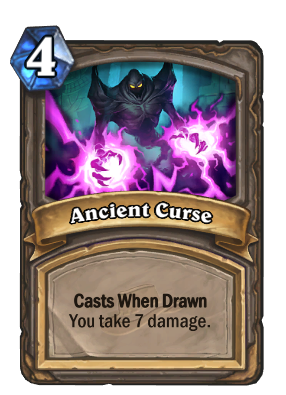 Battlecry: Shuffle an 'Ancient Curse' into your deck that deals 7 damage to you when drawn.

Warning: Do not expose to direct sunlight.