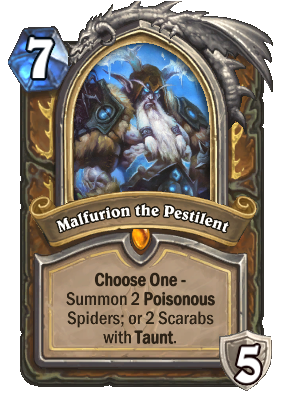 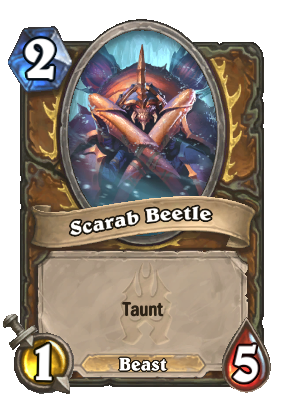 Choose One -
Summon 2 Poisonous
Spiders; or 2 Scarabs
with Taunt.

"Cenarius once taught me about the precarious balance between life and death. I have come to understand: there IS no balance. Death always wins."