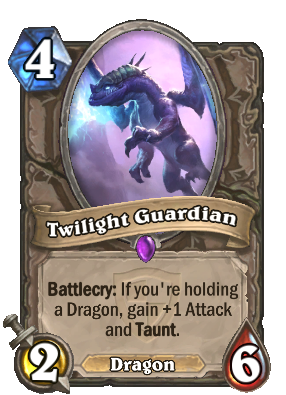 Battlecry: If you're holding a Dragon, gain +1 Attack and Taunt.

A result of magical experiments carried out by the Black Dragonflight, it's not his fault that he's a vicious killer.