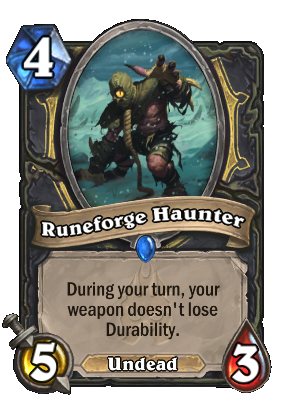 During your turn, your weapon doesn't lose Durability.

Don't worry, he'll keep an eye on that for you.