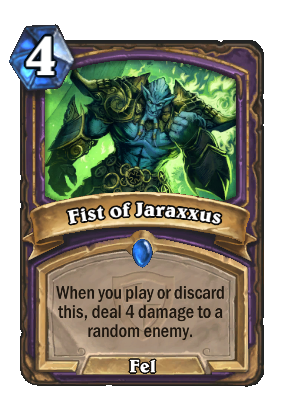 When you play or discard this, deal 4 damage to a random enemy.