Hello guys! My name is Shadow and I am the creator of an overwhelmingly popular deck called "Warlock F**ker", which is basically a variant of Spiteful Priest to deal specifically with Cubelocks.
I'm talking about this deck: https://www.hearthpwn.com/decks/1017617-warlock-f-ker-budget-dragon-spiteful-priest
This is a much different deck. Unfortunately, I had to remove some cards due to the Wild rotation.
Goodbye Netherspite Historian, Drakonid Operative and Kabal Talonpriest... :(
This deck is still in testing, so I might change a couple minions. Below is a complex guide made to help you. Enjoy! :)

I've reached Rank 5 for the 1st time in my life! And it was with THIS deck! Thank you for your postitive feedback, I appreciate every single comment below in the comments section <3 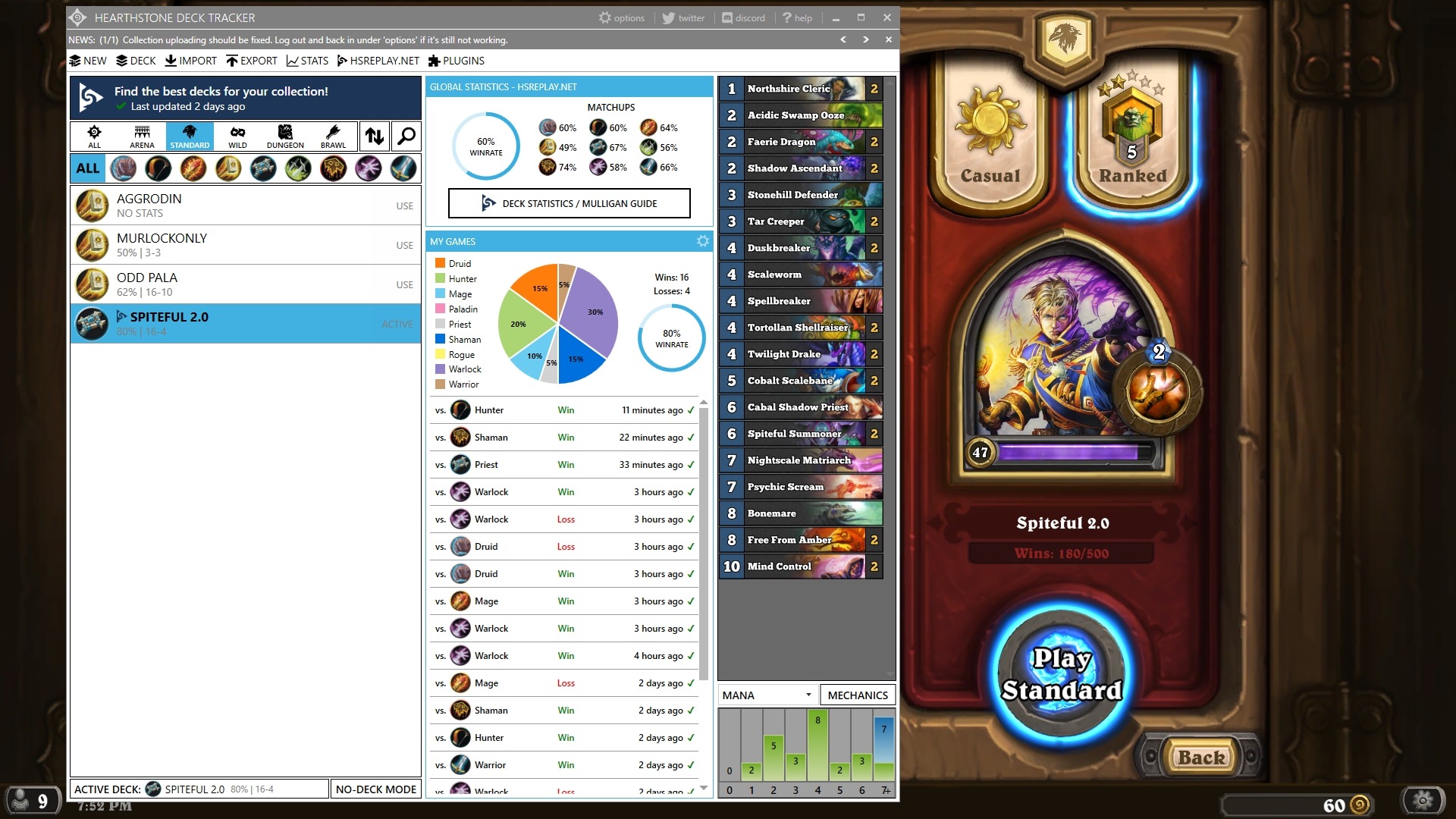 Okay guys, in this part of my guide, I'd like to describe how to beat Cubelock. Of course, you can't rely 100% only on the tech cards, skill is also required.

Mulligan: There aren't many Zoolocks atm, so it's pretty obvious that your Warlock opponent is a Cubelock. Always keep Acidic Swamp Ooze as it's a great counter to early Skull of the Man'ari (imagine playing this weapon on turn 5 and immidiately get it destroyed). Also, you should keep the Spellbreaker which is amazing in dealing with almost every type of creature: Voidlords, Possessed Lackeys and Carnivorous Cubes don't stand a chance!

I included Cabal Shadow Priest because I find it useful in taking care of enemy Possessed Lackey or any other low-attack minion. Duskbreaker is good for clearing the board of Voidwalkers and other creatures. Psychic Scream can really f**k your enemy when he plays his DK and gets the Demons summoned. In end-game he'll most-likely have no way to draw cards or to recruit these Demons.

Mind Control should be used on Voidlords, Doomguards and Carnivorous Cubes. If you steal a Demon, your opponent won't have a way to resummon it.

If you want to destroy 1-mana spells like Dark Pact, Dark Possession or Mortal Coil, feel free to swap Nightscale Matriarch for a Skulking Geist. Good luck and have fun!

Thanks for reading, I'll add more content to this guide if it becomes popular!!

Check out this video of Khristophesaurus using my deck!

Thank you Tommy Wave for a really extensive video!

Thanks a lot All Arounder!  It's the 4th video of my deck already!