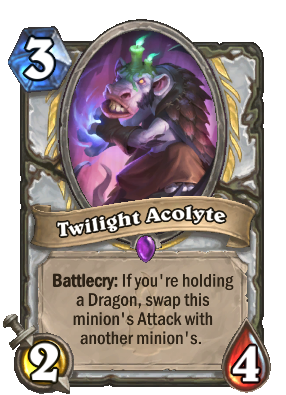 Battlecry: If you're holding
a Dragon, swap this minion's Attack with another minion's.

The dragons mostly keep him around as a snack.