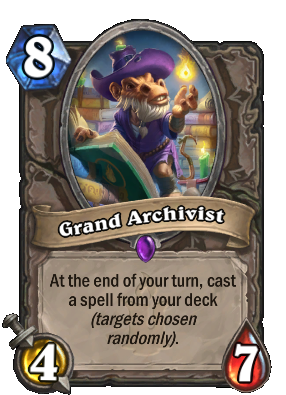 At the end of your turn, cast a spell from your deck (targets chosen randomly).