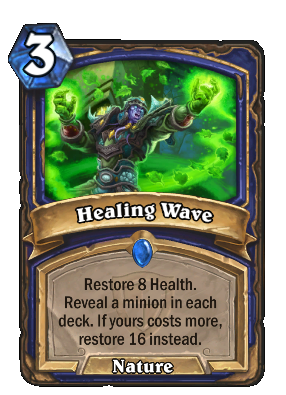 Restore 7 Health. Reveal a minion in each deck. If yours costs more, Restore 14 instead.

Favored by shaman who study the art of restoration and healing, this spell would feel smug, if it had feelings.