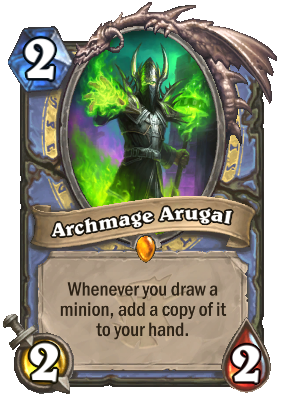 Whenever you draw a minion, add a copy of it to your hand.