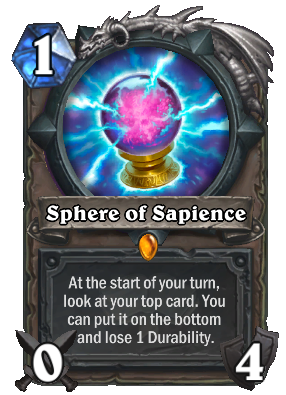 At the start of your turn,
look at your top card. You
can put it on the bottom
and lose 1 Durability.

This is what it sounds like when spheres scry.