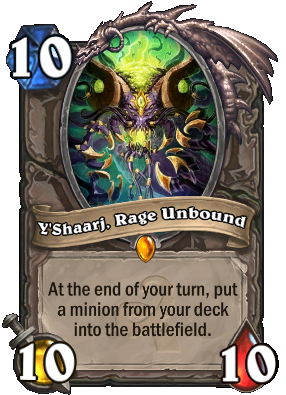 At the end of your turn, put a minion from your deck into the battlefield.

When he's working out, he binds all that rage back into a ponytail.