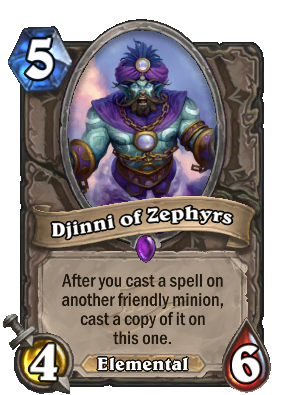 After you cast a spell on another friendly minion, cast a copy of it on this one.

If you want your wish granted, don't rub him the wrong way.