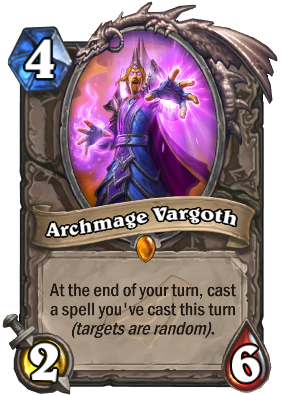 At the end of your turn, cast
a spell you've cast this turn
(targets are random).