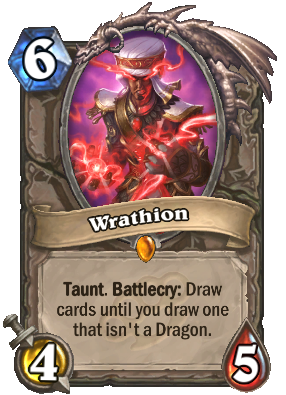 Join the discussion on our forums! Come discuss Wrathion over in our dedicated Wrathion discussion topic.

Taunt. Battlecry: Draw cards until you draw one that isn't a Dragon.

Wrathion, son of Deathwing, is a dragon. Why isn't he tagged as a dragon, you ask? WHAT, ARE YOU TRYING TO BLOW HIS COVER??