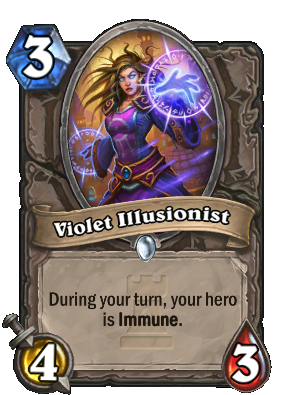 During your turn, your hero is Immune.

She’s much more cheerful after losing the ‘n’ in her name.