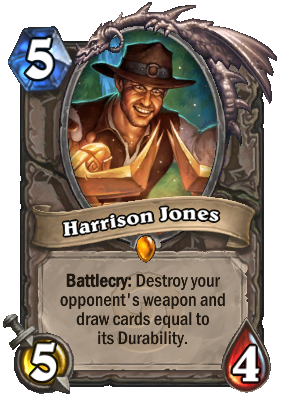 Battlecry: Destroy your opponent's weapon and draw cards equal to its Durability.

“That belongs in the Hall of Explorers!”