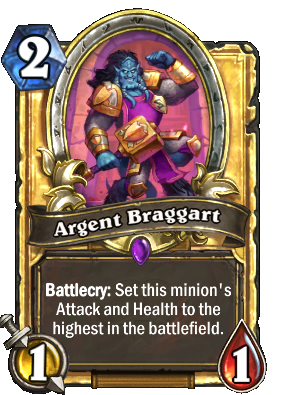 Battlecry: Gain Attack and Health to match the highest in the battlefield.

Not sure why he's bragging, he's got the same stats as the next guy.