"Anduin... clearly you are intended for something greater. Some powers are best left buried... unless you are one of the chosen few who can handle them with a clear mind... but you're one of them, aren't you? Yes, of course you are..."

Anduin's new master calls from the spoiler list. Will you answer his call to arms?

Dragon Priest is an interesting deck. Since TGT it has consistently sat somewhere in the second or third tier of competitive decks, never really becoming irrelevant but always outshined by Patron Warrior, or Tempo Mage, or Renolock or Secret Paladin. With the release of the Standard format, this is going to change. 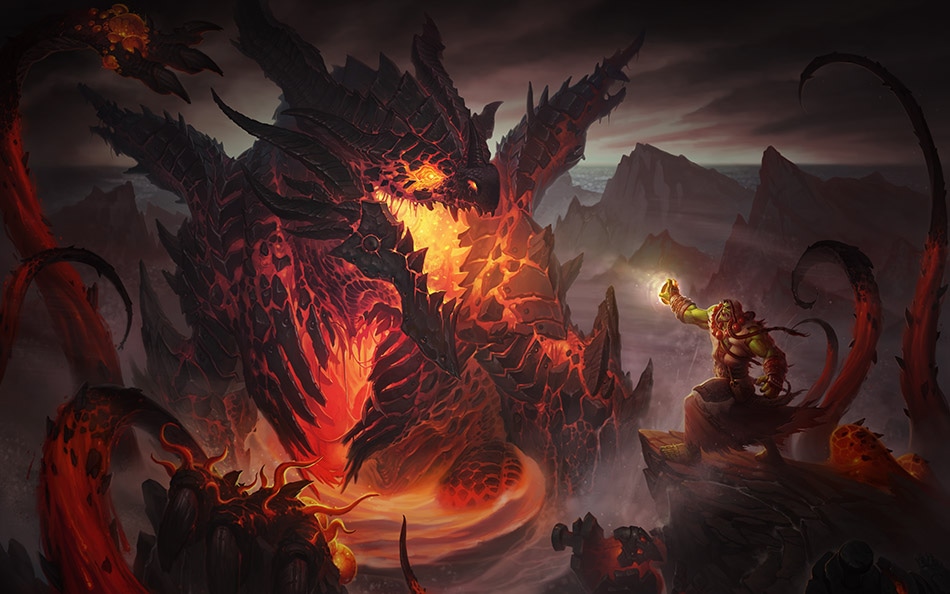 This list will be updated as more cards are revealed and an extensive guide will be written and updated as Standard rolls out and the new meta solidifies. In the mean time I'll be active in the comments and be making notes of synergies I'm considering. Feedback (especially from other Dragon Priest veterans) is much appreciated.

I really, really want Scaled Nightmare to work but it probably isn't going to work. A shame, really. And this deck doesn't have space for Inner Fire.

Ancient Harbinger and either Twilight Guardian or Cyclopian Horror on a 10-mana turn seems pretty solid. 12 health total to deal with through trades or removal spells and if Harbinger survives you have the 10 mana to immediately drop what it pulls. If they commit to killing that Harbinger they have that much less to deal with another Legendary out of your hand the following turn.

The third and final Dragon of the expansion, Midnight Drake, is a rough fit for this deck. The biggest assist from this last set of reveals is Cyclopian Horror, which will help against aggro.

The new cards are out and so are a good number of cards from the old list! This variant has gone undefeated through all of Rank 6 and 5, still going strong. Note that Forbidden Shaping has been dropped not because of its own merit but because there just isn't space at the moment. Maybe if the aggro shaman decks die off it will replace Cyclopian Horror.