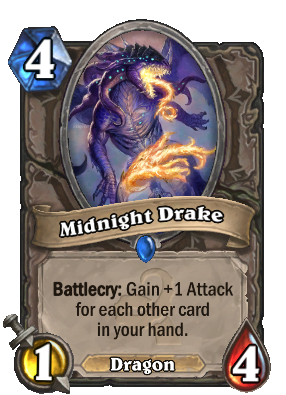 Battlecry: Gain +1 Attack for each other card
in your hand.

Still fearsome in the daytime.