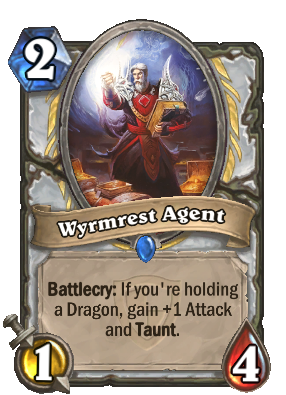 Battlecry: If you're holding a Dragon, gain +1 Attack and Taunt.

Keeping tabs on the Grand Tournament is priority #1 for the five mighty Dragonflights!