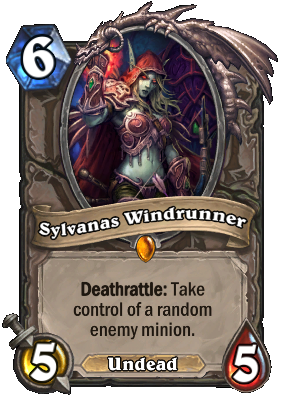 Sylvanas was turned into the Banshee Queen by Arthas, but he probably should have just killed her because it just pissed her off.