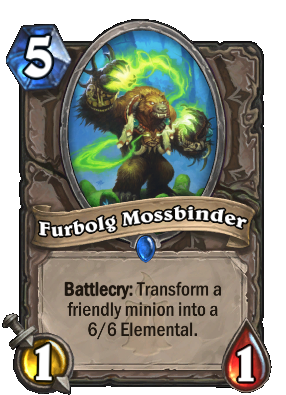 Battlecry: Transform a friendly minion into a 6/6 Elemental.

Behold, the unstoppable power of MOSS!