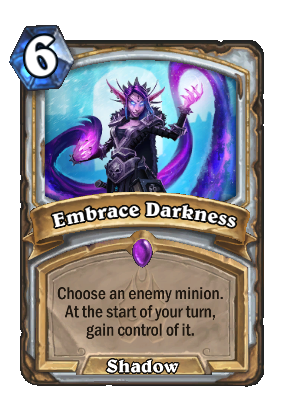 Choose an enemy minion.
At the start of your turn,
gain control of it.

Once you both get comfortable, darkness is actually pretty snuggly.