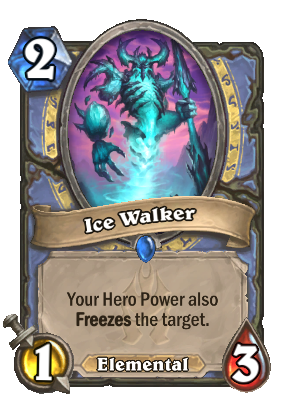 Ice Walker you say? He doesn't have feet!